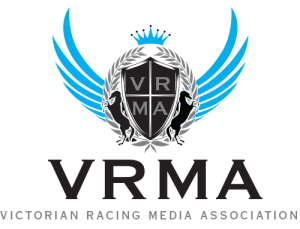 Welcome to the VRMA.

Since 1942, the association has represented racing media across Victoria

“Val Huxley, Ray’s wife, wishes to thank all VRMA members for all their kind thoughts, deeds and messages on air and in print after Ray died.”

“He would have been as moved as I was. I shall miss him forever, but remind myself what a great life we had together and what a very successful career he had in racing journalism.”

“Thank you all so much.” Val Huxley

Huxley, 76, was a leading figure in the written press being just one of three chief racing writers for the famous Melbourne Herald masthead succeeding Bert Wolfe and then Jack Elliott in 1986 and retaining the role for 14 years until the closure of the newspaper.

A long time VRMA honorary member and former committeeman, Hucka also acted as a co judge with Rhett Kikrwood for the VRC media awards as recently as last month.

Hucka began his career as a 15 year-old working on the the then famous Truth form guide, he later worked at the Sporting Globe, Newsday, Sun, Herald and the Age across all codes – thoroughbred racing, harness racing and greyhounds. Indeed he dabbled in breeding and owning greyhounds with Blazenka a multiple city winner in the late 1970s. He was also ventured into radio starting a career in 1990 with the then 3 UZ and until recent weeks as a form analyst with RSN.

Hucka was a ‘last start winner’, for last Monday week he was awarded the Bert Wolfe Award for overall contribution to the sport in recognition of 60 years working in the media.

The following tribute is from close friend and journalist Patrick Bartley.

IT seemed inescapable that Ray Huxley would be caught up in the love and passion for horse racing during his life.

But even at the age of five, Huxley was running bets for his mother in the back lane close to the local hotel so as the suburban SP bookmaker could record her bets.

This experience only made the passion for racing in the young schoolboy’s heart.

To many Ray was a friend, colleague, mentor and fellow punter and man who was driven by the fascination of this sport.

According to Huxley, he endured school life but his stepfather noted his love of racing and subsequently prepared a CV which was forwarded to the Truth newspaper in 1959.

While the document was full of merit it was narrowly defeated by a VRMA life member, John Greensill.

However, 12 months later, a position fell vacant at the Truth and thanks to a diligent woman, who was the editor’s secretary, Huxley’s application was taken from the files and this time he was successful.

Little did Huxley know then that his racing reporting would span 60 years.

Amazingly, on his first day at work, Huxley had the privilege of seeing the then champion racehorse Tulloch in his return victory.

The win made such an indelible impact on Huxley that even this year he maintains that no horse was Tulloch’s equal.

Huxley worked for a number of racing papers, mainstream publications and radio stations which included the Truth, The Sporting Globe, The Sun News Pictorial, The Age, Newsday, The Herald, 3UZ, 2KY and in latter years RSN in a career that saw him cover harness racing as well as horse racing.

Huxley still had fond memories of The Sporting Globe in which he was mentored by Tom Moon, a man that he respected and modelled himself on in his younger days at The Globe.

Huxley raced many horses, trotters and dogs, but maintains that greyhounds were the source of the greatest enjoyment.

Owning top class greyhound Blazenka who was a winner of some of the state’s greatest greyhound races.

In one of his brilliant articles related to his dog he said: “I’ve had racehorses who can only trot and pacers that can only gallop but when you get a dog like this the world is your oyster.”

Huxley was also appointed in the 1980s as chief racing writer of the Melbourne Herald.

Only three man have held that position Bert Wolfe, Jack Elliott and Huxley.

“It was a great honour to take the job of two magnificent racing writers like Wolfe and Elliott.
“However, they never told me I had to get up in the middle of the night to be at work at 5.30,” he said.

Huxley formed a strong friendship with Tony “The Quag” Nelson during the 1970s. They covered many assignments together and their trips overseas became legendary.

In 1979 Huxley presented the best three-year-old of the year award. However, after the presentation the night didn’t end until 4am when Huxley and Nelson finally arrived home.

As penance for his late-night partying, wife Val said that he would have to move a mound of soil in the backyard and plant seedlings for new grass.

Huxley, a step ahead, rang the local Centrelink office and enquired if there was a strong man looking for some gardening work.

Two hours later. a young, 6’7” farm hand arrived and Huxley informed him that while he and Nelson would go to lunch, he would pay $50 to have the soil moved.

On Val’s return at 5pm to her astonishment the soil had been evenly spread by the willing worker with a sprinkler gently watering the new seedlings.

“Ray, I’ve seen it all now. To think with your hang-overs you and Quag did such a mighty job.”

In early 2000 Nelson passed away and in a fitting tribute Huxley said of Nelson: “No finer friend, no finer colleague and for that matter no finer drinker than the beautiful Quag”.

His punting stories were legendary. However, the likes of Jack Elliott soon found these stories as a pathway to embellishment.

In 1975 former Herald racing writer Bill Cosgrove had a successful day at Caulfield and in the committee room he called Huxley over and said I know you haven’t had a good day. There’s $20 as a starter at the trots tonight at the Showgrounds. So, let’s go halves and good luck.”

Huxley did have an amazing night at the Showground trots. However, when Elliott got wind of Huxley and Cosgrove’s winning streak, he told Cosgrove that Huxley had amassed $39,500 at the Showgrounds but was having the entire lot on a horse from Albury at Moonee Valley on Wednesday.

Cosgrove, a father of eight, had to be resuscitated but when the bold Johnny Be Good finished a brave fourth at The Valley it seemed a chance of a lifetime had gone begging. But what Elliott didn’t know was that Huxley had privately given the $500 as part of the winnings from the Showgrounds and let Elliott colourfully embellish the story.

Ray Huxley was many things to many people in the media. A mentor and advisor, a listener and one hell of a drinking partner.

In many ways a private person sharing the love of jumps races and pictures of Royal Ascot with Val.

The VRMA have lost an important cog within our association. If it wasn’t for his long-time friends such as Tony Bourke, Keith Hillier, Jack Elliott, Mark Harding and Bernie O’Brien the Racing Writers Association may well have gone the way of other associations that collapsed due to interest.

Huxley worked in the print media until the 1980s when he branched out doing the price assessing for 3UZ on the newly formed Keith Hillier show. He also sent his prices to Sydney and Adelaide.

He was drawn back into newspapers this time as a price assessor supplying markets for The Age then moving to The Herald Sun.

Ray’s favourite story was when he went to Fiji on a holiday and after finding the betting shop managed to back the first five winners. Word spread around town that this genius from Australia was taking the betting shop to the cleaners. All of the locals soon joined in and Ray said that after his fifth success they were about to lift him on their shoulders and take him through the streets of Fiji.

The Waterhouse family that owned the betting shop closed its doors as Huxley came for his sixth in a row.

While a near riot occurred, Huxley placated the locals telling them “never forget boys the punt giveth but it also taketh so enjoy it while you’ve got it.”

And that embodied Ray Huxley’s outlook on life.